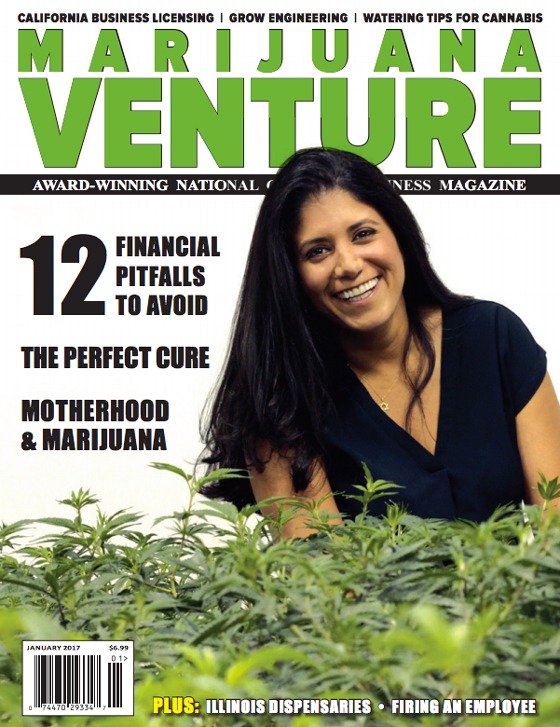 OUR COVER STORY FOR MARIJUANA VENTURE

Not only did they want to provide superior service to their patients, but they wanted to help shift the conversation toward acceptance, to establish a higher set of standards and to be positive leaders within the community.

The Giving Tree Wellness Centers in Phoenix and Mesa, Arizona, are not the typical medical marijuana facilities many visitors have come to expect. Instead, the Giving Tree’s lobbies resemble a traditional doctor’s office — a welcoming appearance that has fooled plenty of visitors.

“We had a woman come in who wanted to sell us billboard advertising space,” laughs Berman, the former emergency room physician who co-founded the Giving Tree and acts as its medical director. “We asked her, ‘Do you know what we do? This is a marijuana dispensary. We would love a billboard.’”

When the sales rep figured out where she was, however, the billboard was off the table. And this wasn’t the first such occurrence. Despite their best efforts, Berman and Power often find the ongoing stigma of marijuana creates some considerable obstacles.

“It’s not reasonable, and there’s no logic behind it,” says Power, the Giving Tree’s co-founder and managing director, who focuses on research and development for the business. “It’s the mentality that ‘I don’t know about it, and I don’t want to learn about it, but I’m against it.’”