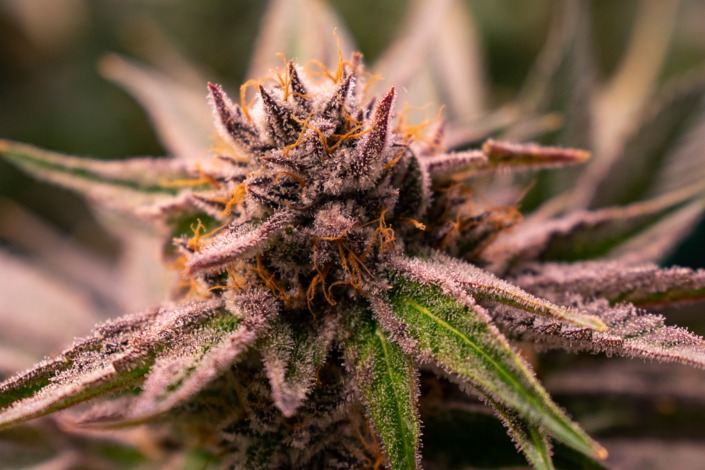 Kimbo Kush strain is one of the most popular cannabis strains for users seeking a sedative effect. Though it is a hybrid of indica and sativa strains, it is predominately indica, which accounts for the sleep-inducing effect commonly cited in Kimbo Kush reviews. Of course, this is just one of many effects users report after partaking in Kimbo Kush. The strain is also notable for its versatility, allowing different users to enjoy different experiences, with many describing a gradual onset that’s both pleasurable and relaxing. These characteristics make it a popular option for cannabis rookies and oldtimers alike.
Shop Now

Kimbo Kush is a unique hybrid of two different strains — the Blackberry Kush strain and the Starfighter strain. Both of these are popular in their own right, but when combined, the Kimbo Kush creation is an enjoyable experience suitable for any cannabis connoisseur. Its sedative-like qualities make it particularly attractive and mean it’s best enjoyed before you go to bed or at the end of a long day. Smaller portions can facilitate feelings of relaxation, whereas bigger portions can facilitate a transition into sleep. Either way, users are likely to enjoy its effects.

Another notable feature of Kimbo Kush is the unique namesake behind its title. The strain is named after Kimbo Slice, the boxer and mixed martial arts fighter from the Bahamas. His untimely death in 2016 inspired a tribute, and the Kimbo Kush hybrid strain of cannabis was the result. Its relaxing effect and consistent popularity indicate that it’s a fitting tribute for the fighter who was commonly described as “larger than life.” This cannabis strain carries on his legacy by offering a pleasant, relaxing experience to anybody who partakes.

The namesake behind Kimbo Kush offered inspiration to its creators, but agricultural precision is the true source of the strain. Exotic Genetix, the developer responsible for its creation, has been an innovator in the cannabis market for years, creating strains that help people pursue their health and wellness goals. Since the company’s birth as a small one-man operation in Tacoma, Washington, their strains have spread throughout the U.S. and become some of the most popular offerings available in dispensaries. Still, Kimbo Kush remains one of the top strains produced by Exotic Genetix, with many Kimbo Kush review sites revealing a dedicated fanbase espousing its many purported benefits.

The aforementioned sedative effect is one of the most commonly reported experiences of users enjoying this strain — but it’s not the only one. Kimbo Kush is noted for its versatility, meaning that different users often enjoy different experiences while partaking. Other common effects that might be cited in a Kimbo Kush review include a pleasant feeling of relaxation or a boost in mood accompanied by feelings of happiness. The effect that you experience depends on a range of different factors, but perhaps the most important is the amount of Kimbo Kush you consume. The more you enjoy, the more intense the effects are likely to be.

Kimbo Kush isn’t just a popular support for sleeping. It’s also very popular for use in cooking and baking due to its distinctive flavor. A Kimbo Kush strain review is likely to mention this flavor and describe its aftertaste as fruity. Other flavor highlights include pepperiness and an overall earthiness, all of which make it ideal for any edible, cooking, and baking endeavors you might pursue.

The aroma of Kimbo Kush is known to be particularly pungent. Some users advise that this strain isn’t ideal for users who require discreteness. The odor is likely to linger, meaning that anybody in the vicinity will likely be able to detect its presence. This isn’t to say that it’s unpleasant, though — on the contrary, the richly dank aroma is pleasing to many consumers.

The rich taste and smell of a Kimbo Kush nugget might lead you to expect an equally rich green of its appearance, but in fact, Kimbo Kush is a pleasantly light spring green color. This pale color is sometimes complemented by shades of purple — especially if the plant is grown in cold weather. The trichome coating on its flowers is particularly thick, giving the entire nugget a frosty appearance that’s beautiful to observe.

Kimbo Kush isn’t just a great way to relax and fall asleep. It also offers a unique physical high that many users enjoy. These effects are largely due to the strain’s high concentration of THC. The average Kimbo Kush sample reportedly contains a THC concentration of more than 21%. This is considerably higher than the average THC concentration of a cannabis strain, which is about 10% to 12%. This high THC content makes Kimbo Kush one of the most concentrated strains available on the market, so it may take less cannabis to achieve the desired effect.

The THC content of the Kimbo Kush strain is important for several reasons. THC is short for tetrahydrocannabinol, which is the compound responsible for the psychoactive effects of cannabis. The greater the concentration of THC, the more intense the effects of the strain are likely to be. Kimbo Kush’s high THC content combined with its predominantly indica hybrid formula makes it a unique strain for rest, relaxation, and recreation. Few other strains can match its THC content and formula.

Kimbo Kush is a fan favorite amongst cannabis connoisseurs, and it’s easy to see why. This strain is strong, highly concentrated, versatile, and remarkably dank. What more could you possibly want? If you’re seeking a source for Kimbo Kush in Phoenix, AZ, look no further than the Giving Tree Dispensary. Since the establishment of our store, we’ve served countless Phoenix customers with our wide selection of high-quality cannabis products. We are dedicated to further serving our community through volunteer work and donations to local charity organizations, too. For more information, call us at (623) 242-9080 or check out our online menu. 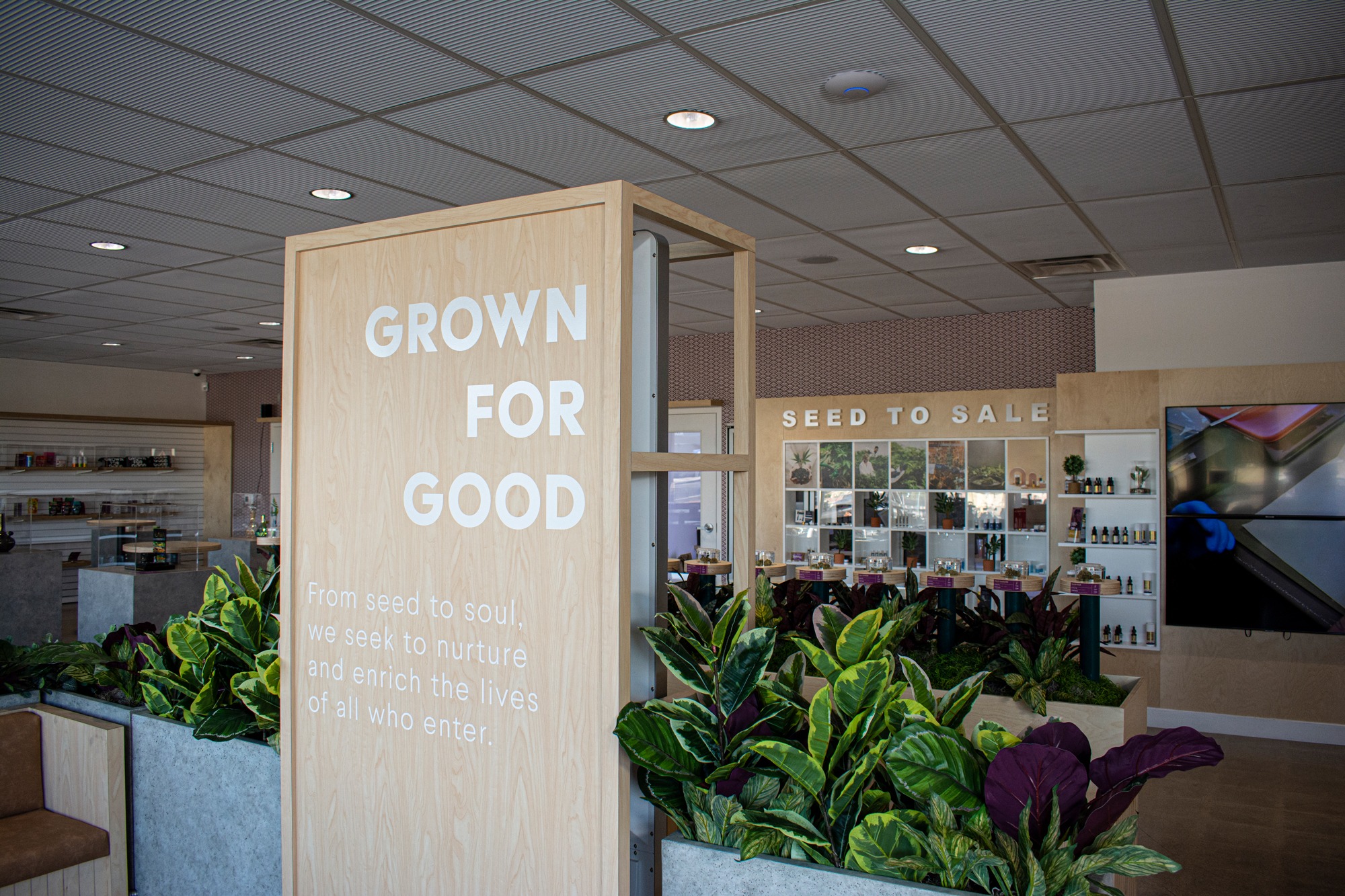